Wine Spectator’s reviews of our wines

The vine and the spring frost 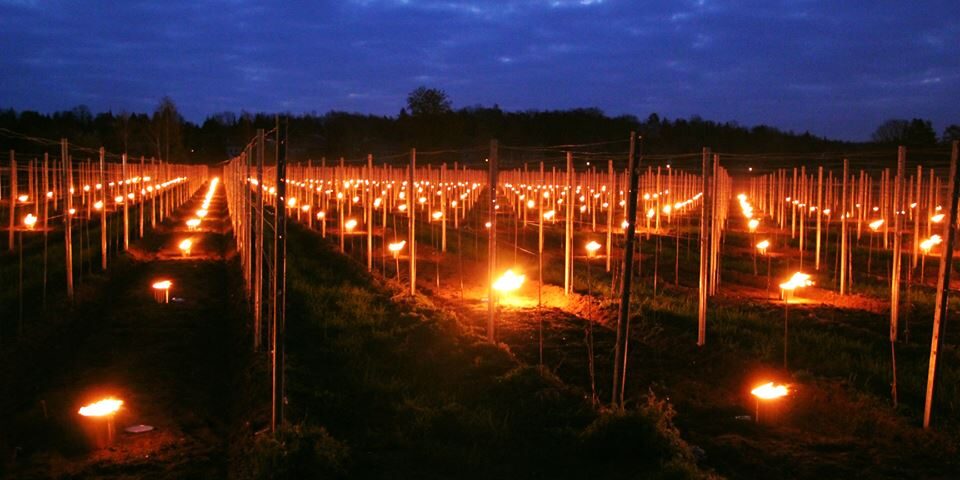 In these days, there is a lot of concern in the world of wine about damage from spring frost. Imagine the anger and despair of those who see their gems die overnight.

We are in an area (the Mediterranean one) where frosts are more than rare, but you have surely seen the (poetic) photos of fires lit in the vineyards of central Europe, especially in France or Switzerland, to combat damage to the vineyard.

Why does this happen? In this season, a phenomenon of thermal inversion can be created in the lower layers of the atmosphere. At night, the earth releases heat to the air and, at ground level, temperatures can drop even dramatically.

In the areas where the risk of spring frost is very rare, such as the Mediterranean ones, when these events happen, it becomes difficult to take cover.

This phenomenon are frequent in the territories with a continental climate, especially those more northern. In particular, the risk in these areas is greatest in the valley floor and in the plains. The wine producing was (and is) too important and the vineyards have been planted everywhere, even in places that are not exactly perfect for these plants. The winemakers of these territories, who have been fighting against these adversities for thousands of years, have developed useful practices to contain the damage caused by spring frost. Let’s see what they are. However today, sometimes, other choices prevail, useful for other purposes, but which expose the vines more to the risk of frost.

Firstly, they used traditionally varieties characterized by a late bud break. In addition, the winegrowers pruned the vines as late as possible. In fact, the delay in pruning can set back the moment of awakening of the plant. Even the agro-ecological choices can limit the damage caused by frost, such as the presence of grass under the vines or trees and hedges among the vineyards (very common in the past).

Above all, the high-vine training systems were used traditionally in these territories. In fact, during the spring frost, the coldest layers of air are those closest to the ground, while the temperature rises moving away from it. Going from 0 to 2 meters in height, there can be variations of even 5-10 Celsius degrees. The tall vine training systems (such as the traditional “vine married to a tree”, the Casarsa, the Raggi, the Belussi, the pergola, etc.) are perfect systems to avoid, or at least contain, this problem. Today, if you notice it, the lit torches are always in low vineyards.

Fires were lit with sheaves of straw or shoots already in the ancient Roman times, just as today various types of stoves or anti-freeze candles are lit. Another modern system is the anti-frost irrigation, that is, water is sprayed on the vines (as long as there is good water availability). The benefit comes from the fact that the water has a higher temperature than the atmospheric one. In addition, part or all of water can freeze. The transition of the physical state of water from liquid to solid is a phenomenon that releases heat. Finally, even more expensive, there is the system of putting tall fans in the vineyards, which push the warmer air downwards. I believe that the helicopters, that are sometimes seen, has only a “spectacularity” function, because they pass by day, while the phenomenon of thermal inversion is nocturnal.

However, all these systems are not sustainable, because they consume resources and emit high levels of Co2 into the atmosphere. They can be useful if used occasionally. If the use of them were to become frequent enough, perhaps something is wrong about the location of the vineyard, the choices of the training systems, the varieties, …

Sustainability comes first of all from excellent knowledge of the best viticultural practices for the type of territory. However, there is always a certain degree of unpredictability in the work of the winemaker. As capable as we may be, we are always subjected to the vagaries of the weather and luck. 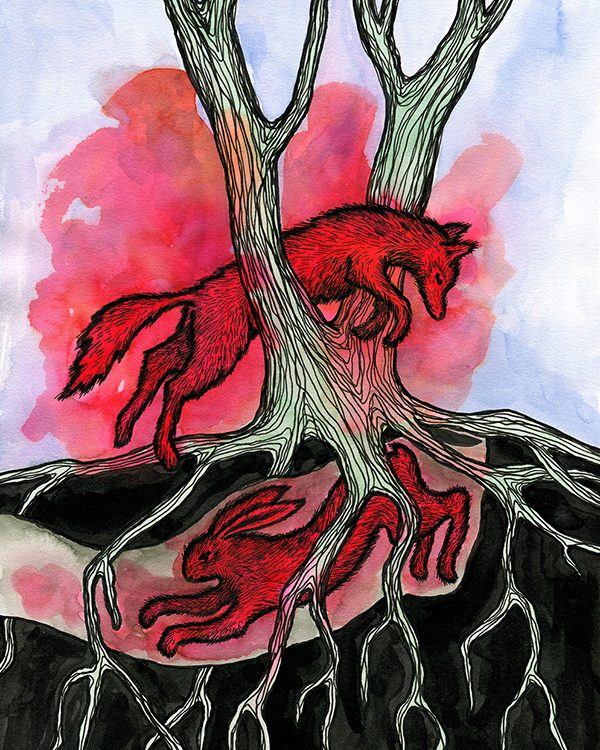 Roots, the underground life of the grapevine (2)