Spring in the vineyard: the works of this period

In this season the growth of the vine is very fast. There are so many jobs to do!

We are now finishing the green pruning works, that is, a set of different interventions that act on the green parts of the plant (leaves, shoots, branches, bunches), so called in contrast to the “dry” or winter one (which we did on the branches). We do these jobs all by hand, because we must carefully chosen how to do them for each individual vine. Let’s see those of this period.

Desuckering is the elimination of shoots that arise from the rootstock of the vine, as well as those that arise from the latent buds, on the trunk or other woody branches. It is important to do this very early, before they develop too much. We also has done the thinning of the shoots on the canes of the year.

All these green pruning jobs are very important to help the vine find the right balance. They allow to decrease the load of the plant, so that future bunches ripen as well as possible. They prepare also the future winter pruning, which will be easier. Furthermore, the leaf mass is made less dense, thus avoiding the creation of an humidity environment conducive to the development of mold or other diseases. Finally, they also prevent blossom dropping problems. In general, compared to the flowers produced by each vine, only 20-50% (depending on the variety) will be fertilized and will set, that is, it will form the fruit. There is a problem when the blossom dropping is higher than normal for the variety. It can depend on physiological imbalances, difficult climatic conditions, nutritional deficiencies, various diseases (virosis, downy mildew, powdery mildew, vine moth, …).

The work we are doing now is the arrangement of the branches in a vertical position. In espalier systems like ours, this is done by lifting a pair of parallel wires. The effects are numerous: the branches do not invade the inter-row and we do not risk breaking them in the passageways with the tractor, they are better distributed and less bundled. The vertical position, as I already explained in the post on pruning, increases the physiological activity of the shoots.

This drawing (from the Vignetinox catalog) makes us understand the threads system that facilitates the arrangement of the branches in the vineyard. The wires highlighted in red in the drawing are mobile (up and down) and equipped with a spring system. In early spring they are down (dashed line in the drawing). When the branches of the vine grow and lengthen, they tend to fall sideways. Then, we rais the pair of wires at the two ends of the row, collecting and verticalizing all the canes with a single gesture. Of course, there may be some branches that escape and will be set individually.

In this period it is also very important to understand, as soon as possible, if there are nutritional deficiencies in the vine. However, a dedicated post will be needed on this complex argument.

Depending on the environmental conditions, we must also take action to avoid the problems caused by powdery mildew and downy mildew, according to the principles of integrated pest management (sustainable viticulture practices). In this spring 2020, at least for now, we are more at risk of powdery mildew than downy mildew, as is usual for the climatic conditions of our territory. Downy mildew is a problem in the most humid and rainy areas. As for the vine moth, we have already distributed traps and systems of sexual confusion (biological control) in the vineyard. 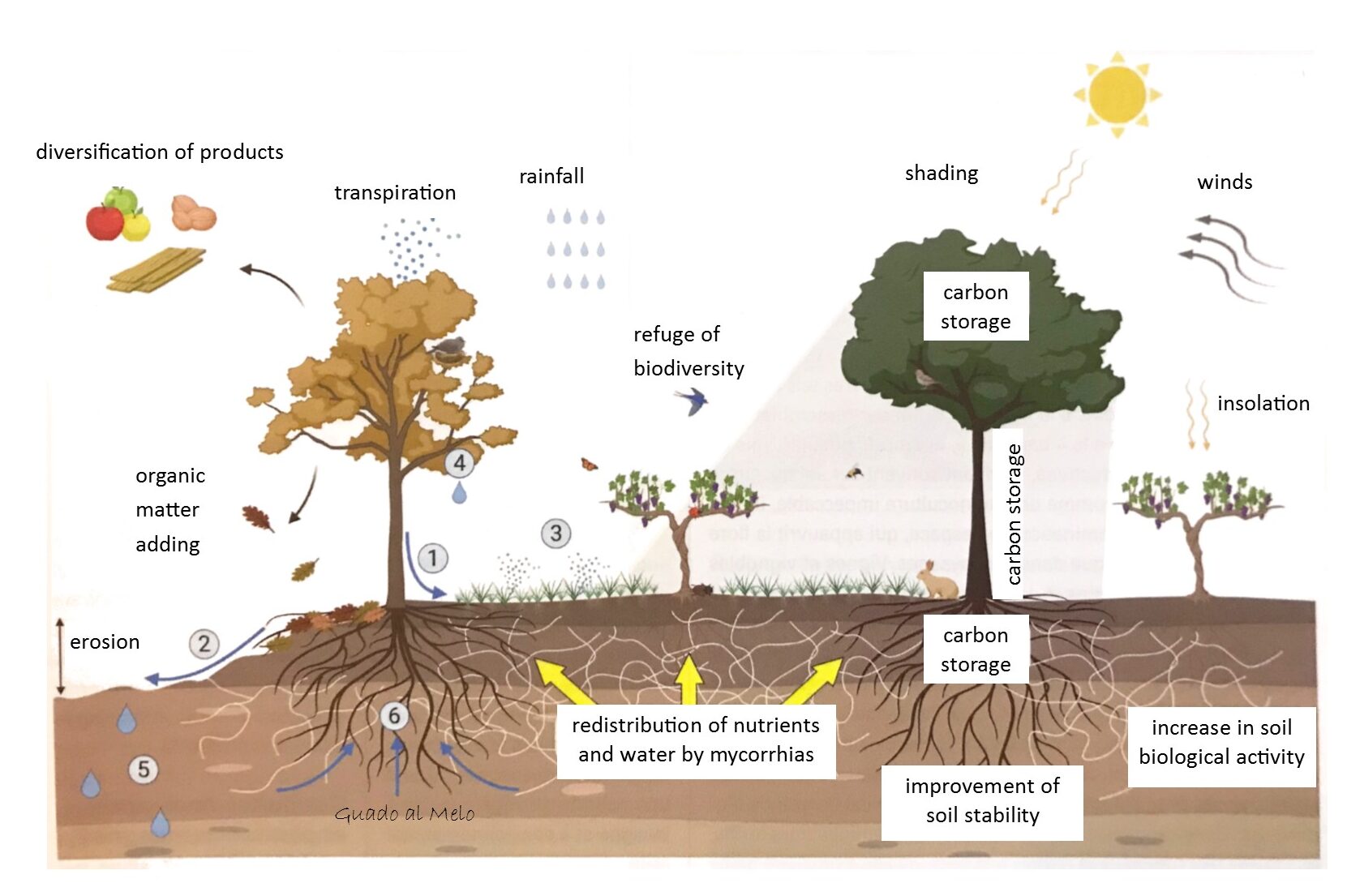 Agroecology in the vineyard, our present and future