Criseo is the result of an important path that has led us to produce an aged white with of considerable depht in a land of great red wines. We have drawn a new high-quality road in Bolgheri.

This wine is born with the estate, because of our passion for the great aged white wines. It’s been almost fifteen years: it is born with our first harvest in 2002.

We were pioneers in Bolgheri for a wine of this type, moreover based on Vermentino grapes (usually used to produce only young wines). We wanted to use this variety for the ancient bond that it has with our vineyards. We tried and tried for a long time. This lack of experience made us proceed cautious. So we decided to declassify this wine all the years to IGT Toscana, until we would not feel fully confident in a sublime and proven quality.

Michele has soon realized that we would need a small blend that would support Vermentino in aging. Especially it need to integrate the acidity, notoriously deficient in this variety but essential in a structured wine (characterized from balance and elegance).

In 1998 we planted a single small particle of vineyard (it is not a big production, about 4000 bottles a year) with the desired proportions of Vermentino (80%), Verdicchio, Fiano, Incrocio Manzoni, Petit Manseng and Vionier. The latter was eliminated (over -grafted) after a few years, because it is too aromatic (covering perfumes of all other varieties).

The aging is now made in steel tanks for a year, on the fine lees, and then in bottle. For the first few years a small part of the must (about 15%) was aged in wood barrels (not new). But we have abandoned wood after a few years.

Finally Michele has worked extensively on the harvest time (to try the best moments of ripening for each variety) and wine-making steps. He tested different ways of fermentation, separating each variety or combining them. He understood how these variables have influence above all on the primary and evolutive aromatic expressiveness of this wine, until it has found the way that most convinced him.

After years of hard work, after years that have shown that the quality achieved was well-established, after producing enough historical vintages to be able to follow the evolution in the bottle, we felt to finally to make the leap. From the vintage 2015, this wine is no longer “downgraded” to IGT but will be a great Bolgheri DOC White.

The event rightly requires for a bit of “celebration” and then we decided to use a new bottle (with sinuous forms), a new evocative name, a new dedicated box. The label does not change however, with its intense yellow color and dancing satyrs.

Dancing satyr. In the left hand he has a “kantharos”, wine cup symbol of Bacchus. In the rig 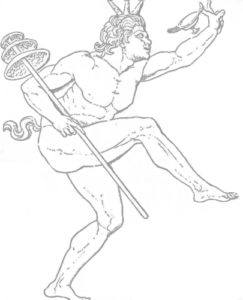 ht one, a rattle instrument.

Criseo means “made of gold”, to recall the golden color of the wine and the mythical Golden Age in which the ancients aspired. The Bacchus gifts to the mankind (wine, music and dance), depicted on the label, can give us the vision of the Golden Age (Aetas Aurea), the mythical and happy period, under the reign of Saturn, where still there was no corruption of the time, pain and fatigue.

The satyrs dancing barefoot. In antiquity baring feet was a sacred act, needed to get in touch with the Earth and its presences. 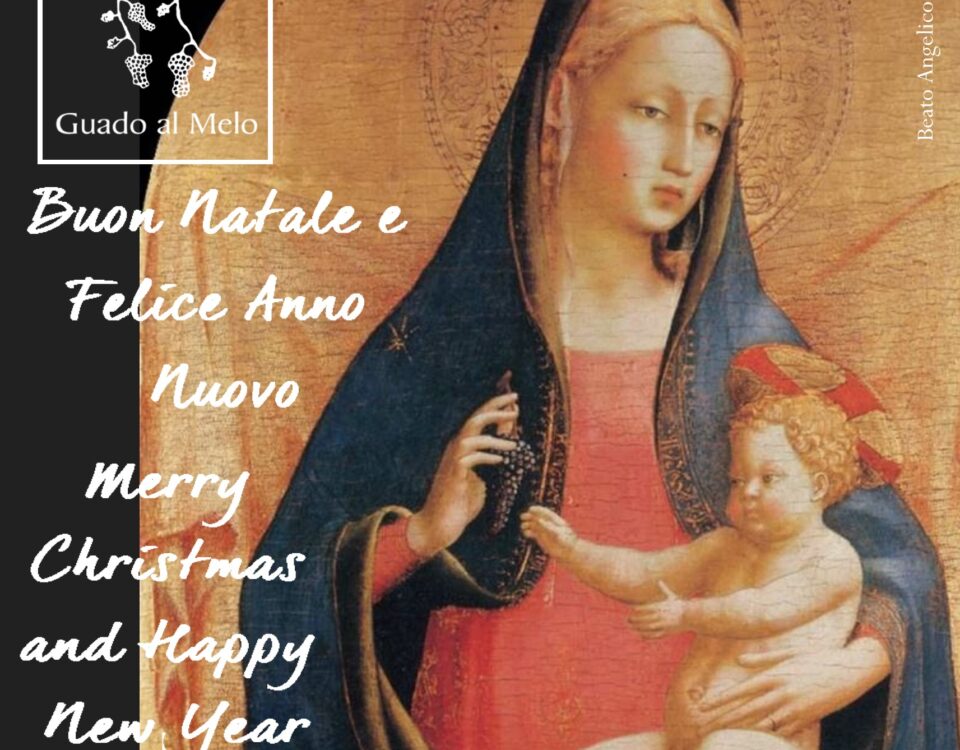